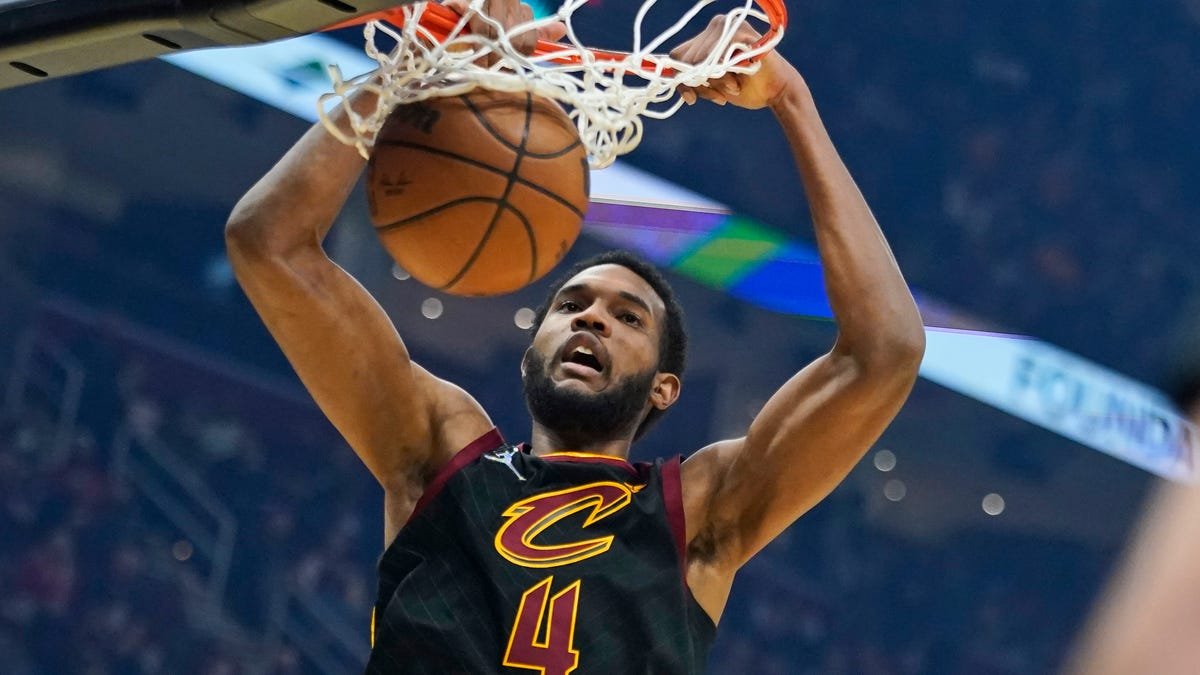 CLEVELAND — Darius Garland collected 23 points and 11 assists and rookie Evan Mobley had 15 points and a season-high 17 rebounds to lift the Cleveland Cavaliers over the Oklahoma City Thunder 94-87 on Saturday night.

Jarrett Allen added 14 points and 13 rebounds for Cleveland, which built a 74-57 lead in the third quarter and never allowed the Thunder to pull closer than six points in the fourth. The Cavaliers have won six of their last seven.

Shai Gilgeous-Alexander paced Oklahoma City across the board with 29 points, nine rebounds and six assists. Kenrich Williams scored 12 points and Luguentz Dort had 10 points before being ejected for elbowing Kevin Love in the head.

Mobley, the third overall draft pick from USC, has nine double-doubles in 39 pro games. Garland posted his sixth double-double in the last seven games and is averaging 21.0 points and 12.3 assists during that timeframe.

Cleveland lost forward Lauri Markkanen to a sprained right ankle in the second quarter; he was helped to the locker room and did not return.

Dort received a flagrant 2 for striking Love after the whistle on a scramble for a loose ball. Love received a personal foul prior to absorbing the elbow.

The Thunder, who wrapped up a four-game road trip, have lost five straight and 10 of their last 11 games. Oklahoma City’s starting frontcourt of Dort, Darius Bazley and Jeremiah Robinson-Earl shot a combined 5 of 25 from the field.

Cleveland jumped out to the largest lead of the first half at 47-37, but Oklahoma City answered with eight straight points heading into intermission, capped by a Gilgeous-Alexander 3-pointer.

Mobley scored seven points and Allen had six in the first quarter as Cleveland took a 24-22 lead. Bazley had four points and six rebounds for Oklahoma City.

The Thunder didn’t check into their downtown Cleveland hotel until 8 a.m. due to winter travel delays in Charlotte following their 121-98 loss to the Hornets on Friday.

Oklahoma City’s team bus became stuck on an icy road en route to the airport, forcing several members of its traveling party to disembark to help push it to safety. The Thunder also had to change planes at 5 a.m.

“It was grueling for the guys, but these experiences are a little unifying,” coach Mark Daigneault said. “When we got off the elevator at the hotel, people were already eating breakfast, so that kind of reinforced how long we’d been trying to get here.”

Cavaliers: Guard Rajon Rondo (right hamstring soreness) missed his sixth game in a row. Rondo has only appeared in three games since being acquired from the Lakers in a three-team trade on Jan. 3. &mldr; Guard Lamar Stevens (left knee soreness), who had started seven straight games prior to being hurt at Oklahoma City on Jan. 15, returned from a two-game absence. &mldr; Two-way guard RJ Nembhard scored 33 points for the Cleveland Charge of the G League earlier in the day at Raptors 905.