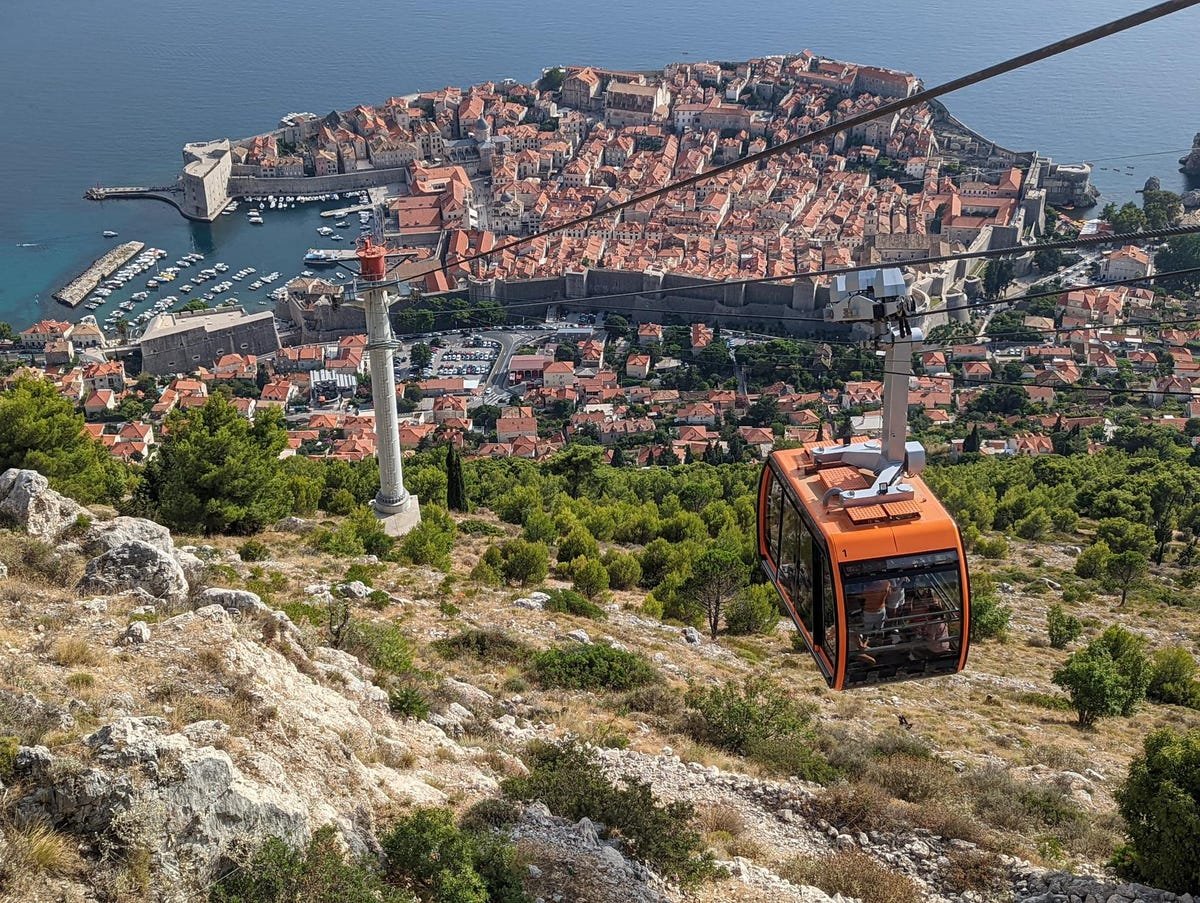 There may be no more trendy European travel destination this fall than Dubrovnik, Croatia. Its narrow, cobblestone streets and almost perfectly preserved Gothic, Renaissance and late Romanesque buildings continue to draw visitors long after the summer travel season ends.

Crowds of visitors shuffle along the old town’s historic esplanade under an unforgiving late-summer sun, ducking into gelato shops and pizzerias to escape the oppressive heat. The bravest among them climb the city wall, which affords a stunning view of a turquoise Adriatic.

This year, it feels like summer may never end. At least that’s the assessment of Maris Picunic of the Villa Orabelle, a boutique hotel just outside the city walls.

“We’re getting close to where we were in 2019 in terms of visitors,” she says. Since Dubrovnik is so far south, it has a longer season, so there’s still time to match — and maybe even exceed — the 2019 visitor levels.

This is part two of a series on fall travel to Europe. Here’s part one with the outlook for fall travel.

Graham Carter, founder of the luxury travel operator Unforgettable Croatia, agrees. He says he’s never seen anything like this.

“We expect the upcoming season to be much busier than previous fall seasons in Europe, with companies perhaps still struggling to meet ongoing demand,” he told me.

That’s good news for Croatia’s tourism industry. But for visitors looking for a deal, maybe not. Picunic says prices have come down “a little” from the end of the traditional summer travel season, but Dubrovnik remains one of the most expensive places in Croatia to vacation. Still, with the euro at parity, it is more affordable than it has been in years.

A new poll by Medjet suggests Europe is a hot destination this fall and winter. In its survey, 91% of respondents said they intend to travel by the end of this year, and 62% plan to travel internationally. The top region is Europe.

But where is everyone going — and where should you go? Once you get there, what should you do? More importantly, how do you find the best deals in Europe?

Where is everyone going in Europe this fall?

So, where’s everyone going this fall? It depends on who you ask.

Demand from U.S. travelers for European vacation homes has more than doubled compared to the same period last year, according to Vrbo. This fall, Paris tops the list of most popular European destinations. It’s followed by Rome, London, Florence, Lisbon and Barcelona.

World Nomads Group looked at its policyholders’ destinations and found that Italy, Greece, Croatia and Austria topped the list of European fall destinations.

“Travelers are less interested in visiting Spain and Germany,” says Christina Tunnah, general manager of global marketing at World Nomads Group. “There’s also been a slight drop in interest in France as a destination.”

Fall bookings to Europe are up 16% from last year, according to Travelport. For the U.K., they rose an eye-popping 70%. In fact, many European destinations were busier than they were in 2019. For the recent Labor Day holiday, Travelport found visits to Italy were up by 8%, Greece by 23%, Portugal by 25% and Turkey by 44%.

It’s difficult to gauge where people are going now because fall travel doesn’t usually attract a lot of attention from statistics-gatherers After all, it’s shoulder season — and it’s supposed to be dead quiet. But not this year.

Pro tip: I’ve interviewed dozens of travel experts about where to go and what to do in Europe this fall. There’s a consensus that choosing a less popular destination will give you the most bang for the buck. So if the prices in Dubrovnik are too high, go to Split. If Paris is too much, check out Nice. (It’s nice there this time of year.)

What to do in Europe this fall

Europe is a draw for all kinds of reasons, say experts. Kim Parizek, a travel advisor specializing in Europe, says her clients returning to countries they’ve visited, but not for the same old experiences.

“I’m spending a lot more time working with destination suppliers to look for new experiences that are off the beaten path,” she says. “The clients are returning to France or Italy for the fifth and sixth time — but now want to explore new and unique excursions, places to stay and restaurants.”

The hope is that they’ll be able to do it without the massive summer crowds that made many European destinations almost unbearable.

“Off the beaten path” seems to be a theme. I spoke with several tour operators who said their clients were looking for solitude — and maybe a place where winter doesn’t start too soon.

Turkey and southern Spain are particularly appealing. “Weather can still be lovely into November, while the crowds tend to disappear,” says Kelly Torrens, vice president of product for Kensington Tours. But, she adds, “It’s important to pack your patience as you set off on your trip.” That’s always good advice.

What are the pros doing? Limor Decter, a travel advisor with Embark Collective, is headed to Sicily in October to enjoy the cultural and natural attractions. She says the hoteliers she’s spoken to are hoping for a quieter fall. “They are looking forward to sharing their hospitality with travelers who patiently waited and avoided the summer of frenzied travel to enjoy a fall visit,” she says.

Pro tip: Many Americans have written off COVID in Europe this fall. But that’s a mistake, says Kate Fitzpatrick, regional security director at World Travel Protection. She notes that the Centers for Disease Control and Prevention still lists the United Kingdom and much of Europe as a “moderate” COVID threat. The CDC advises you to get up to date with your vaccines before traveling to a Level 3 destination. “This means that you have had not only the full initial vaccinations but any boosters for which you’re eligible,” she says. Here’s my free guide to planning a trip.

How to get the deals to Europe

The sooner you book your fall trip to Europe, the better, according to experts.

“My best advice would be to plan and book your trip well in advance to get the best deals for every stop along your preferred itinerary,” says Rajeev Shrivastava, CEO of VisitorsCoverage.com, a travel insurance marketplace.

Prices tend to drop for the fall travel season, but airlines have already begun pricing their tickets for the holidays.

Prices are all over the map, and you have to look carefully for the best deals. For example, I recently rented a car in Split, Croatia, for a week. On most U.S. travel sites, I couldn’t find anything for less than $600 — not a terrible price. But I found an upgraded car for just $160 when I rented at an off-airport location.

Pro tip: If you’re looking for a lower airfare, shoot for the week of October 10, says Expedia. “Average ticket prices are projected to be 20% lower than during summer for international flights,” says Christie Hudson, an Expedia spokeswoman.

Ready to visit Europe? Now may be the time to go

Despite higher prices and crowds, the fall of 2022 may be one of the best times to visit Europe. The euro is at par with the dollar, which means prices are lower. The crowds have thinned from the frenetic summer travel season. And the weather is cooling off. Even the locals I spoke to in Dubrovnik say the fall weather is here. (“You wouldn’t have wanted to be here in June,” Picunic confided. “It was way too hot.”)

Remember, prices will start to rise again as the holiday travel season approaches. And unless you’re lucky enough to be in a place like Portugal’s famous Alentejo region or Cyprus, you’ll need to bundle up.