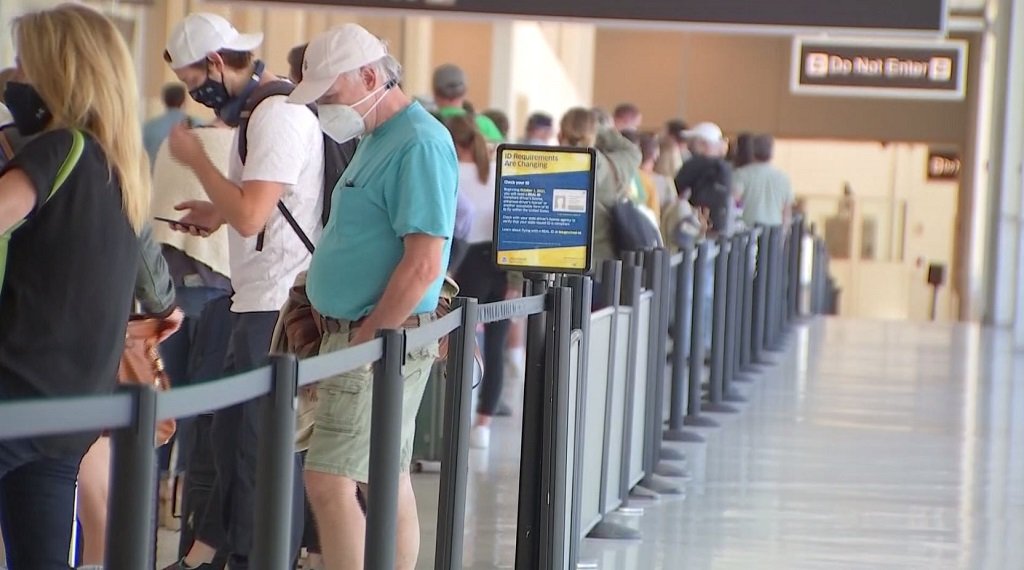 The TSA has prepared for the continued surge in travelers at Southwest Florida International Airport and across the country with acrylic barriers and upgraded technology to reduce or eliminate physical contact between passengers and staff, according to a press release. The agency also has tips for people returning to air travel.

The first is to arrive early, two hours early. Remember that the doors to your plane are shut 15 to 20 minutes before the posted flight time and you might arrive just when there is a crowd to check a bag or go through security. TSA staff are screening record numbers of passengers at RSW, even higher than before the start of the pandemic

The TSA has installed the latest checkpoint technology, CT 300s, as well as credential authentication technology, to reduce touchpoints. The CTs or computed tomography equipment uses complex algorithms to search for threats, allowing TSA officers to rotate the images, reducing the need to open bags. Passengers screened in the lanes with this new equipment do not need to remove their 311 bag or their electronics.

In the lanes with CAT machines, passengers are separated from TSA officers by acrylic barriers and can insert their own ID or passport. Boarding passes are not needed in those lanes. The equipment verifies passengers’ identity and confirms in real time that they are flying that day.

Face masks for both employees and passengers are required for all domestic transportation, including airport security screening checkpoints and throughout the airport. Since the implementation of the federal face mask mandate for travelers on Feb. 2 and the subsequent extension into September, masks are required regardless of any local or state easing of restrictions. Those who refuse to wear a mask face fines from the TSA and from the Federal Aviation Authority if the infraction occurs while flying. The TSA continues to work closely with all transportation partners to enable the highest security standards within a travel environment that helps reduce the spread of COVID-19.

Travelers should follow these six tips for getting through the TSA checkpoint as quickly and efficiently as possible:

For additional information about TSA procedures during COVID-19, visit this webpage.

this link is to an external site that may or may not meet accessibility guidelines. 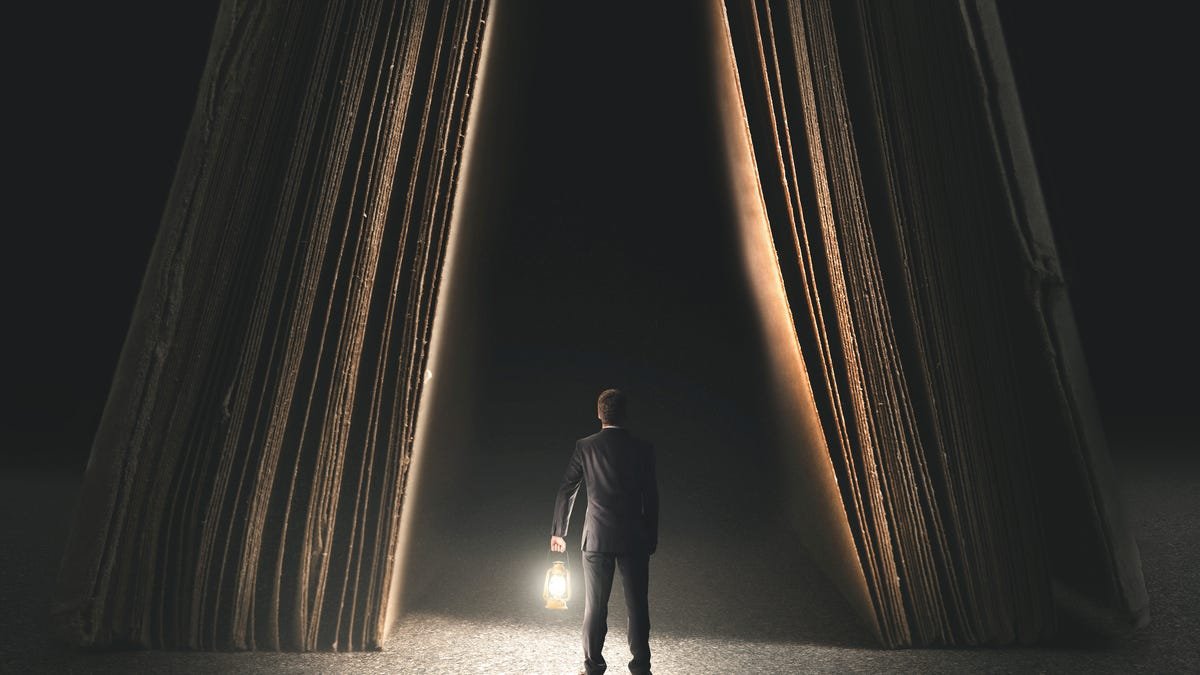 Each month, we will be highlighting some of the most popular books of the last year in multiple genres.

“And Then She Vanished” (Joseph Bridgeman #1) by Nick Jones

Still haunted by the disappearance of his little sister, Amy, more than 20 years ago, Joseph Bridgeman’s life has fallen apart. When a friend talks him into seeing hypnotherapist Alexia Finch to help with his insomnia, Joseph accidentally discovers he can time travel. His first trip only takes him back a few minutes, but his new-found ability gives him something he hasn’t felt for the longest time: hope.

Joseph sets out to travel back to the night Amy went missing and save her. But after several failed attempts, he discovers the farther back he travels, the less time he gets to stay there. And the clock is ticking.

With the help of Alexia,

Joseph embarks on a desperate race against the past to save his sister. Can he master his new skill and solve the mystery of Amy’s disappearance before it’s too late?

“The Low Desert” by Tod Goldberg

With gimlet-eyed cool and razor-sharp wit, these spare, stylish stories from a master of modern crime fiction assemble a world of gangsters and con men, of do-gooders breaking bad and those caught in the crossfire. The uncle of an FBI agent spends his life as sheriff in different cities, living too close to the violent acts of men; a cocktail waitress moves through several desert towns trying to escape the unexplainable loss of an adopted daughter; a drug dealer with a penchant for karaoke meets a talkative lawyer and a silent clown in a Palm Springs bar.

Witty, brutal and fast-paced, these stories expand upon the saga of Chicago hitman-turned-Vegas-rabbi Sal Cupertine — first introduced in Gangsterland and continued in Gangster Nation — while revealing how the line between good and bad is often a mirage.

“The Lady in Residence” (Doors to the Past) by Allison Pittman

Can a legacy of sadness be broken at the Menger Hotel?

Visit historic American landmarks through the “Doors to the Past” series. History and today collide in stories full of mystery, intrigue, faith and romance.

Young widow Hedda Krause checks into the Menger Hotel in 1915 with a trunk full of dresses, a case full of jewels and enough cash to pay for a two-month stay, which she hopes will be long enough to meet, charm and attach herself to a new, rich husband. Her plans are derailed when a ghostly apparition lures her into a long, dark hallway, and Hedda returns to her room to find her precious jewelry has been stolen. She falls immediately under a cloud of suspicion with her haunting tale, but true ghost enthusiasts bring her expensive pieces of jewelry in an attempt to lure the ghost to appear again.

“A Tip for the Hangman” by Allison Epstein

Christopher Marlowe, a brilliant aspiring playwright, is pulled into the duplicitous world of international espionage on behalf of Queen Elizabeth I. A many-layered historical thriller combining state secrets, intrigue and romance.

“The Burning Girls” by C.J. Tudor

An unconventional vicar moves to a remote corner of the English countryside, only to discover a community haunted by death and disappearances both past and present — and intent on keeping its dark secrets — in this explosive, unsettling thriller from acclaimed author C.J. Tudor.

Finlay Donovan is killing it … except, she’s really not. She’s a stressed-out single-mom of two and struggling novelist. Finlay’s life is in chaos: The new book she promised her literary agent isn’t written, her ex-husband fired the nanny without telling her, and this morning she had to send her 4-year-old to school with hair duct-taped to her head after an incident with scissors.

When Finlay is overheard discussing the plot of her new suspense novel with her agent over lunch, she’s mistaken for a contract killer and inadvertently accepts an offer to dispose of a problem husband in order to make ends meet … Soon, Finlay discovers that crime in real life is a lot more difficult than its fictional counterpart, as she becomes tangled in a real-life murder investigation.

“When You Look Like Us” by Pamela N. Harris

When you look like us — brown skin, brown eyes, black braids or fades — people think you’re trouble. No one looks twice at a missing black girl from the projects because she must’ve brought whatever happened to her upon herself. I, Jay Murphy, can admit that, for a minute, I thought my sister, Nicole, got too caught up with her boyfriend — a drug dealer — and his friends.

But she’s been gone too long now.

If I hadn’t hung up on her that night, she’d be spending time with our grandma. If I was a better brother, she’d be finishing senior year instead of being another name on a missing persons list. It’s time to step up and do what the Newport News police department won’t.

On a remote island off the coast of Ireland, guests gather to celebrate the wedding of Jules Keegan and Will Slater. Will is a rising television star, handsome and charming. Jules is a smart, ambitious magazine publisher. Though the sea is a little choppy and the cell service spotty, their wedding is everything you’d expect of a young power couple: designer dress, four-tiered cake, boutique whiskey, vintage champagne. Every detail has been curated to perfection. All that’s left to orchestrate is the happiness.

But perfection is for plans, and people are all too human. Everyone on the island has a secret. Everyone has a motive. And someone won’t leave this wedding alive …

“Home Before Dark” by Riley Sager

Maggie Holt is used to such questions. Twenty-five years ago, she and her parents, Ewan and Jess, moved into Baneberry Hall, a rambling Victorian estate in the Vermont woods. They spent three weeks there before fleeing in the dead of night, an ordeal Ewan later recounted in a nonfiction book called “House of Horrors.” His tale of ghostly happenings and encounters with malevolent spirits became a worldwide phenomenon, rivaling “The Amityville Horror” in popularity — and skepticism.

Today, Maggie is a restorer of old homes and too young to remember any of the events mentioned in her father’s book. But she also doesn’t believe a word of it. Ghosts, after all, don’t exist. When Maggie inherits Baneberry Hall after her father’s death, she returns to renovate the place to prepare it for sale. But her homecoming is anything but warm. People from the past, chronicled in “House of Horrors,” lurk in the shadows. And locals aren’t thrilled that their small town has been made infamous thanks to Maggie’s father. Even more unnerving is Baneberry Hall itself — a place filled with relics from another era that hint at a history of dark deeds. As Maggie experiences strange occurrences straight out of her father’s book, she starts to believe that what he wrote was more fact than fiction.

“The Sun Down Motel” by Simone St. James

The secrets lurking in a rundown roadside motel ensnare a young woman, just as they did her aunt 35 years before, in this new atmospheric suspense novel from the national bestselling and award-winning author of “The Broken Girls.”

Upstate New York, 1982. Every small town like Fell, New York, has a place like the Sun Down Motel. Some customers are from out of town, passing through on their way to someplace better. Some are locals, trying to hide their secrets. Viv Delaney works as the night clerk to pay for her move to New York City. But something isn’t right at the Sun Down, and before long, she’s determined to uncover all of the secrets hidden &mldr;