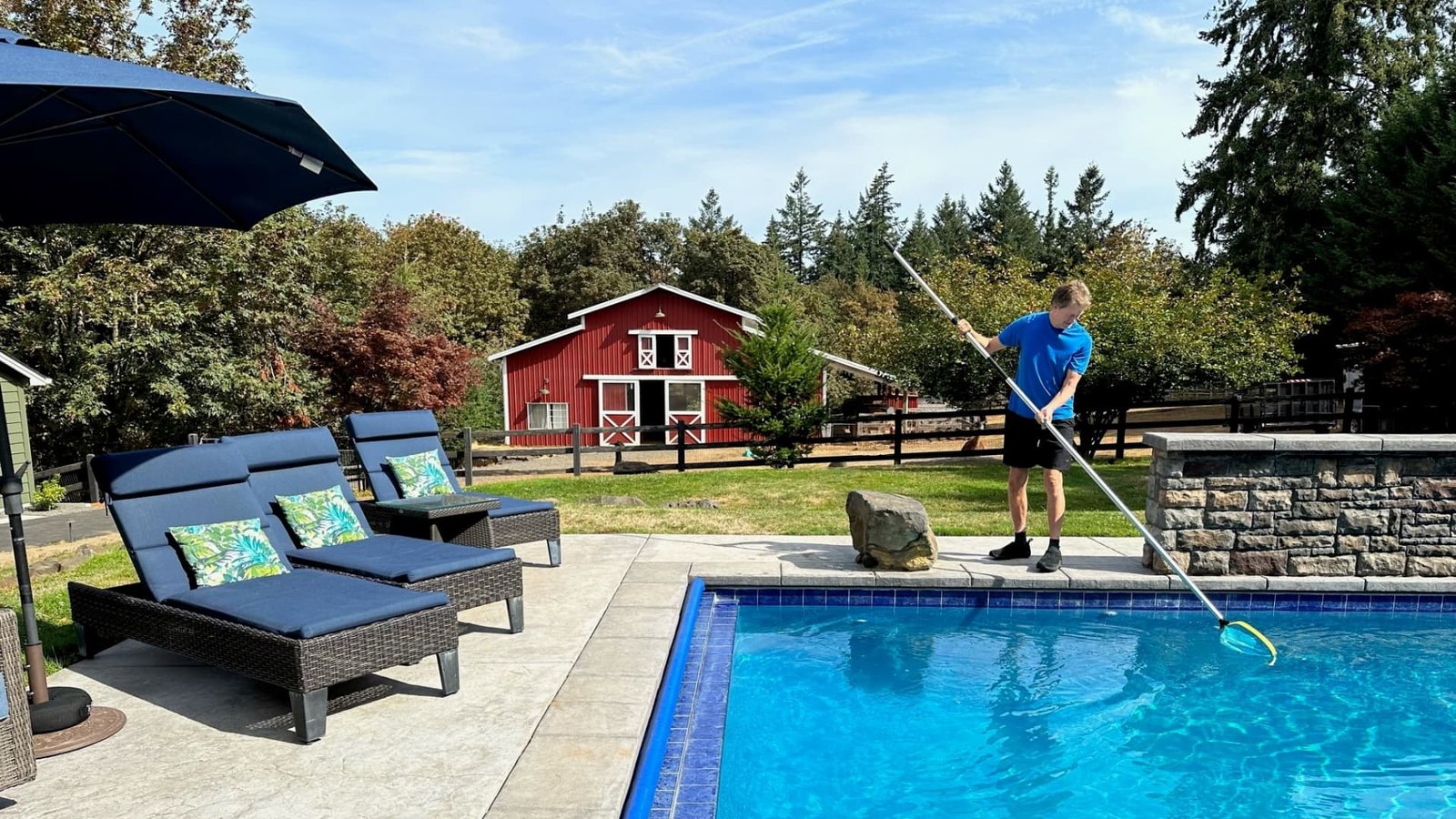 On the surface, Jim Battan’s side hustle seems like an American dream: He’s made $195,379 in revenue since September 2020 by renting out his amenity-packed backyard pool to over 10,000 people.

But Battan, a 58-year-old IT consultant, says he cautions others against mimicking his side hustle, even though he is Swimply’s highest earner out of 25,000 pools in the U.S., Canada, and Australia.

Here are the three reasons why Battan’s six-figure side hustle isn’t for casual pool owners.

1. Renting out your pool as a side hustle is competitive

When Battan joined Swimply two years ago, the Covid-19 pandemic had shut down public pools and there were only about seven other Swimply pools near West Linn, Oregon, the town of 27,000 people where Battan and his wife live. Now, there are at least 88 pools available to rent near the Portland, Oregon suburb, according to the site.

Battan says that number is growing — and the competition has more than halved his pool’s traffic.

“[Demand] is down even more than 50% over the last couple of months,” Battan says. “Kids are back in school and at soccer practice. On Swimply, there’s been phenomenal growth on the host side, so people have a [larger] array of pools to choose from.”

Despite decreasing demand, Battan continues to out-earn all other pool-owners on Swimply. He pulled in $117,000 last year, according to documents reviewed by CNBC Make It, but that number has dropped to $58,500 in 2022.

In July, Swimply co-founder and CEO Bunim Laskin told CNBC Make It that increased competition just means the platform is growing, and that successfully run pools will always have swimmers.

“As with any marketplace, there are ups and downs for individual hosts,” Laskin said at the time. “As the word gets out about Swimply, and we add additional hosts to the platform, we are also adding just as many additional users.”

Battan doesn’t regret joining the platform, though some side-effects of Swimply’s growth — from increased competition to occasionally slow customer support — have been frustrating. “It’s been a challenge for me,” he says.

2. Maintaining the pool is expensive

Battan’s 26-foot by 18-foot pool was built in 2012, when his three daughters lived at home and could enjoy it during summers. But Battan, who says he never shies away from a project, wanted the pool to be a luxury experience. He spent $110,000 on its construction, which includes a pool house and attached spa pool that he keeps at 130 degrees year-round.

“I do think of it as an investment,” Battan says of the pool. “When we moved in, I knew that would add to the value of the home. And this home has more than doubled in price in the last few years.”

Battan’s backyard set-up comes with a pool house and spa, which is kept at 103 degrees year-round.

Maintenance is costly: He says he’s spent $41,344 on disinfecting and leveling the pool’s chemistry since launching on Swimply.

Keeping the pool in tip-top shape is what keeps customers returning, he says, which is particularly important given that Battan estimates roughly 35% of his swimmers are returning guests.

Still, Battan says the pool has paid for itself and then some: With his extra earnings, he built a “man cave” in his house.

Because Battan and his wife enjoy vacationing in luxury resorts, they want their pool to mimic a five-star experience. Along with its nearby amenities, he keeps pool toys and towels — plus heated blankets in the winter — within arm’s reach.

They also try to check in with every group of swimmers to ensure a positive experience.

The pool is also near the family’s rescue farm, where Battan’s wife cares for animals like pigs, raccoons and llamas.