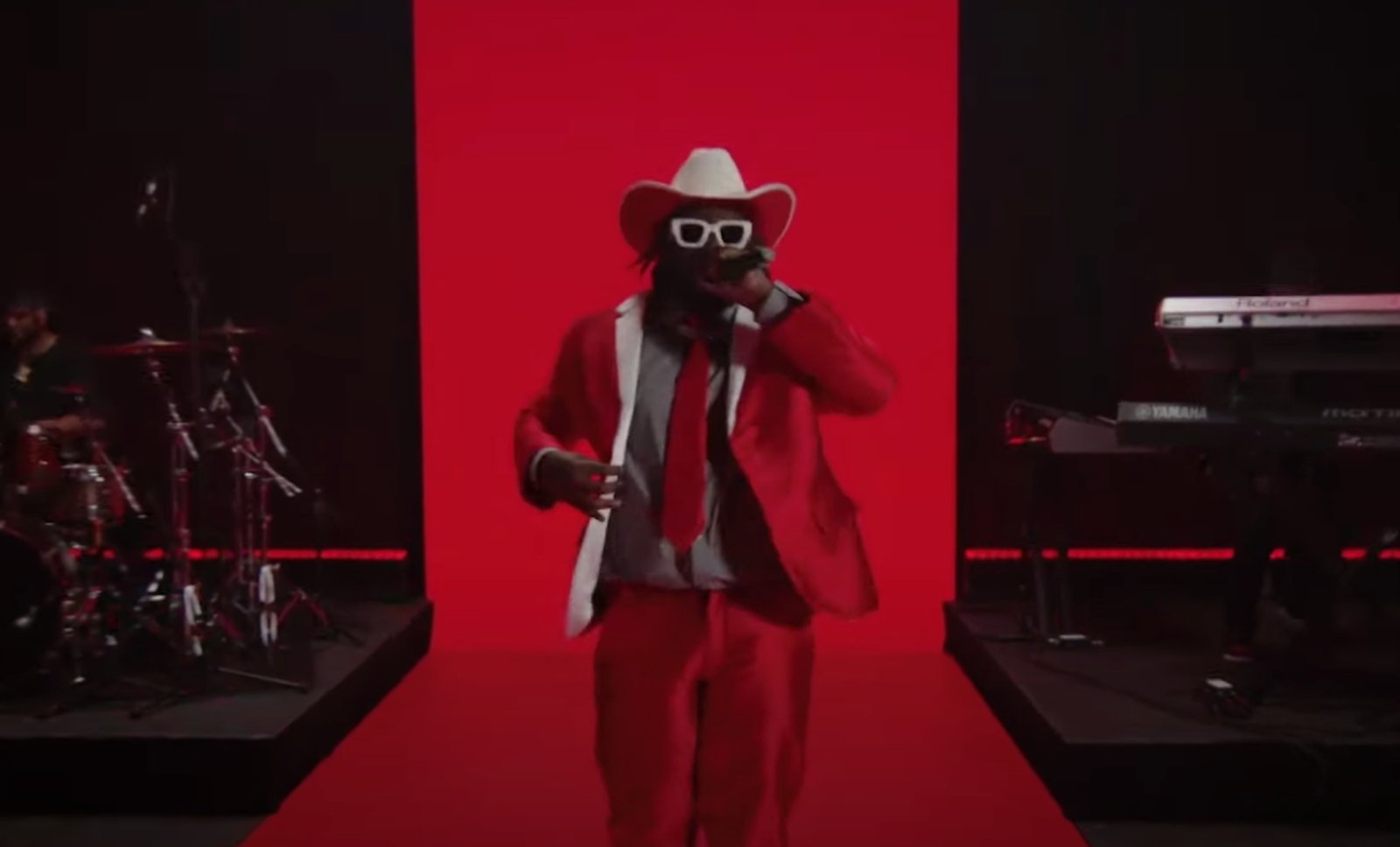 T-Pain stopped by The Late Late Show to perform his recent single, “That’s Just Tips.” Dressed in a red suit and white cowboy hat, the rapper gave a high-energy performance of the track along with his live band.

The rapper dropped “That’s Just Tips” earlier this week via Nappy Boy Entertainment/Empire. The track follows several recent collaborations, including last year’s “I Like Dat,” which saw T-Pain teaming up with Kehlani. He also appeared on Denzel Curry’s recent single, “Troubles,” off the rapper’s recent album, Melt My Eyez See Your Future.

T-Pain will hit the road this month for The Road To Wiscansin Tour. The 18-date trek kicks off May 10 in San Francisco, making stops in Los Angeles, Phoenix, Las Vegas, Atlanta, and New York. The tour will wrap up at his inaugural “Wiscansin Festival” at the Eagles Ballroom in Milwaukee on June 11. Tickets are on sale now.