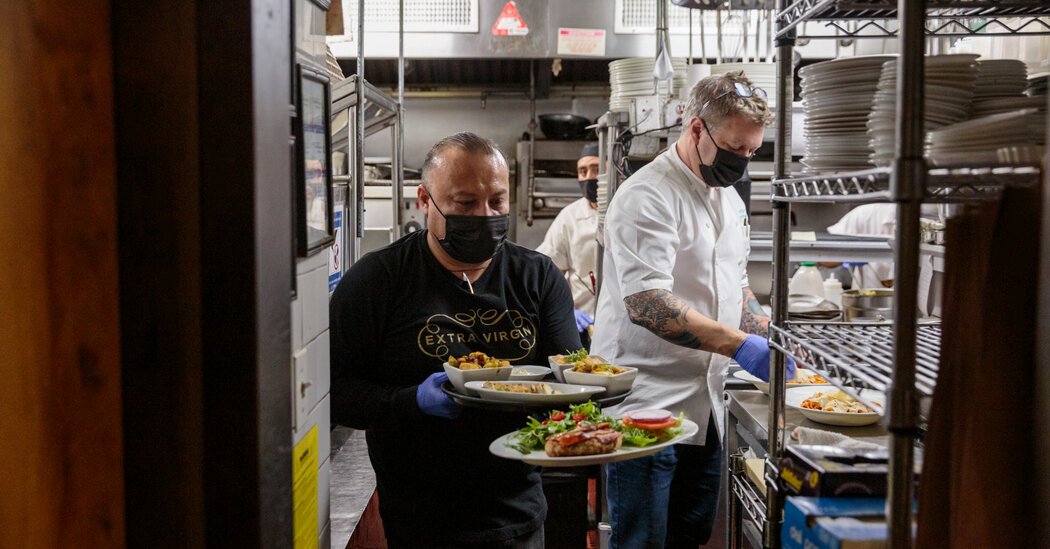 The Labor Department on Tuesday released the final version of a rule that would allow employers to share workers’ tips with co-workers who don’t normally receive tips.

Under the so-called tip pools authorized by the new rule, the tips of waiters and waitresses can be shared with back-of-the-house workers like cooks and dishwashers.

But such sharing will be allowed only if the waiters and waitresses receive the standard minimum wage in their city or state, not the lower minimum wage that most states allow employers to pay tipped workers.

“This final rule provides clarity and flexibility for employers and could increase pay for back-of-the house workers,” Cheryl Stanton, the department’s wage and hour administrator, said in a statement.

The rule carries out a compromise negotiated between Senator Patty Murray, Democrat of Washington, and R. Alexander Acosta, then the labor secretary, that was enacted in legislation in 2018.

Before the compromise, a Labor Department proposal for creating tip pools would have allowed supervisors, managers and owners to share in workers’ tips. The compromise prohibited this practice, making clear that only rank-and-file workers can benefit from tips.

Still, some labor advocates raised concern about an element of the new rule governing the amount of nontipped work, like cleaning, that a worker can perform and still be paid the lower minimum wage for tipped workers.

Heidi Shierholz, a former chief economist at the Labor Department, has estimated that the change would cost workers more than $700 million per year, and probably far more during the pandemic, when tipped work is scarcer.

“Getting rid of the 80/20 rule is another way that employers can capture some of workers’ income,” Ms. Shierholz said in an interview.

The rule is scheduled to take effect in roughly two months, giving the incoming Biden administration a chance to postpone the implementation and possibly prevent it.