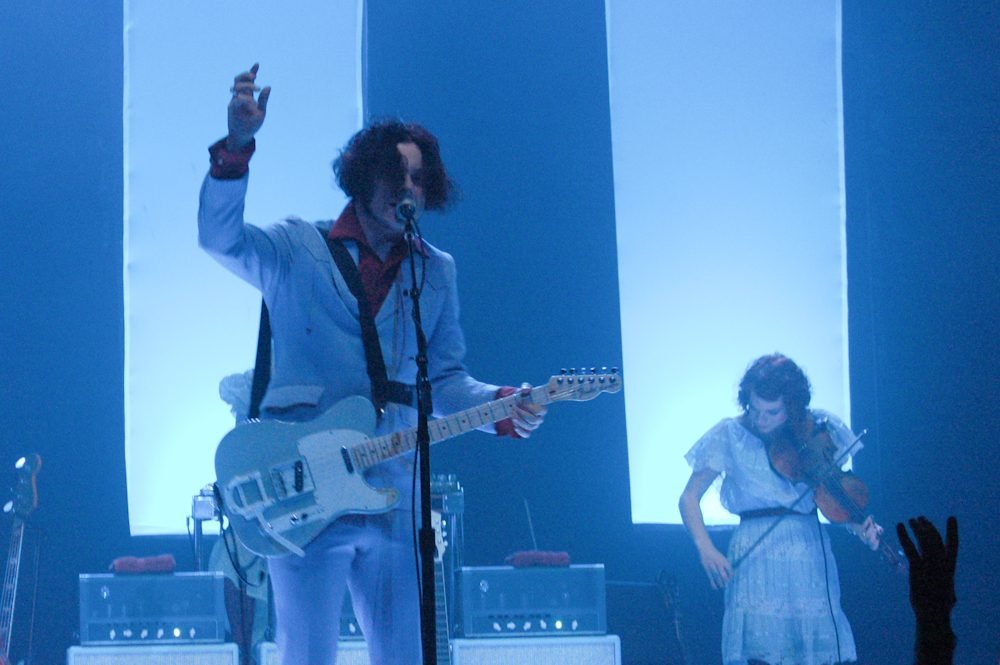 Singer Jack White has released his newest single, “Hi-De-Ho,” for his upcoming album, Fear of the Dawn, which will launch April 8. He also released a single for another album, titled Entering Heaven Alive, which is currently set for release on July 22.

“Hi-De-Ho,” featuring Q-Tip, is a mesmerizing track that leaves little up to the imagination. There’s evidently a bit of something for everyone in this blistering song. Meanwhile, “Queen of the Bees,” off the upcoming Entering Heaven Alive album, introduces more of a jazzy, consistent and calming love song.

“I’m a fly on the wall and you’re the queen of the bees,” White sings.

In the meantime, White has two albums set for release via Third Man Records, one on April 8, and the other on July 22. Both track lists can be viewed below.

Fear of the Dawn

2. All Along the Way

5. I’ve Got You Surrounded with my Love

6. Queen of the Bees

7. A Tree on Fire from Within

8. If I Die Tomorrow

10. A Madman From Manhattan