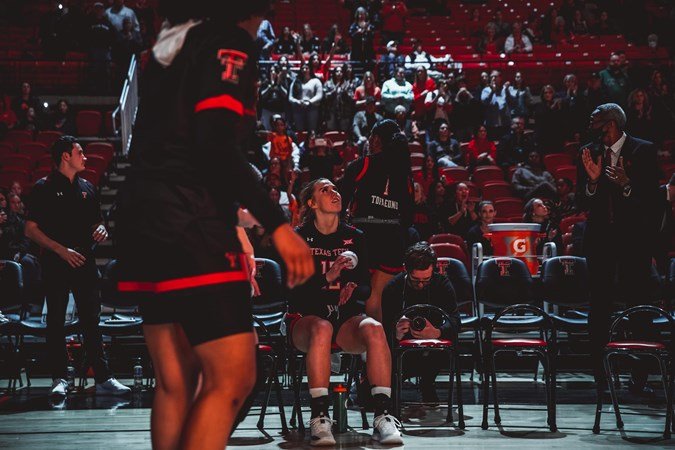 STILLWATER, Okla. – The Texas Tech Lady Raiders return to action on Saturday when they travel to Gallagher-IBA Arena for a 7 p.m. contest against Oklahoma State.

For the second consecutive year, a pair of Lady Raiders will make their return to Stillwater, as both Bryn Gerlich and Vivian Gray both played for the Cowgirls.

Texas Tech fell to No. 16 UT 61-56 on Wednesday night. Despite cutting a once nine-point UT lead to just two twice, the Lady Raiders fell. Gerlich capped the 9-2 run with a 3-pointer with 1:19 to play. Texas answered with a layup by Lauren Ebo but Gray hit a jumper that brought Tech to within 58-56. On the ensuing possession, the Lady Raiders forced a stop, but Rori Harmon secured a key offensive rebound with fewer than 30 seconds to play. The board forced Tech to foul.  UT hit one-of-two from the line, setting up one last possession for Tech to tie with a three. On the ensuing 3-point attempt, Lexy Hightower was blocked. Gray finished with a game-high 20 points.

OSU enters Saturday’s contest with a bit of momentum after snapping an eight-game losing streak on Wednesday. The Cowgirls rolled past TCU 76-47. OSU outscored TCU 47-23 after leading by just five at the break. Lauren Fields scored 25 points and hit five of OSU’s 10 triples, while Taylen Collins added 14. Fields is now averaging 16.7 points this season. Fields is the only Oklahoma State player averaging in double-figures. Collins is averaging 9.3 points and 6.8 rebounds.

The Lady Raiders close a two-game road swing through the State of Oklahoma at OU on Wednesday night. Tip-off from Norman is set for 6 p.m.