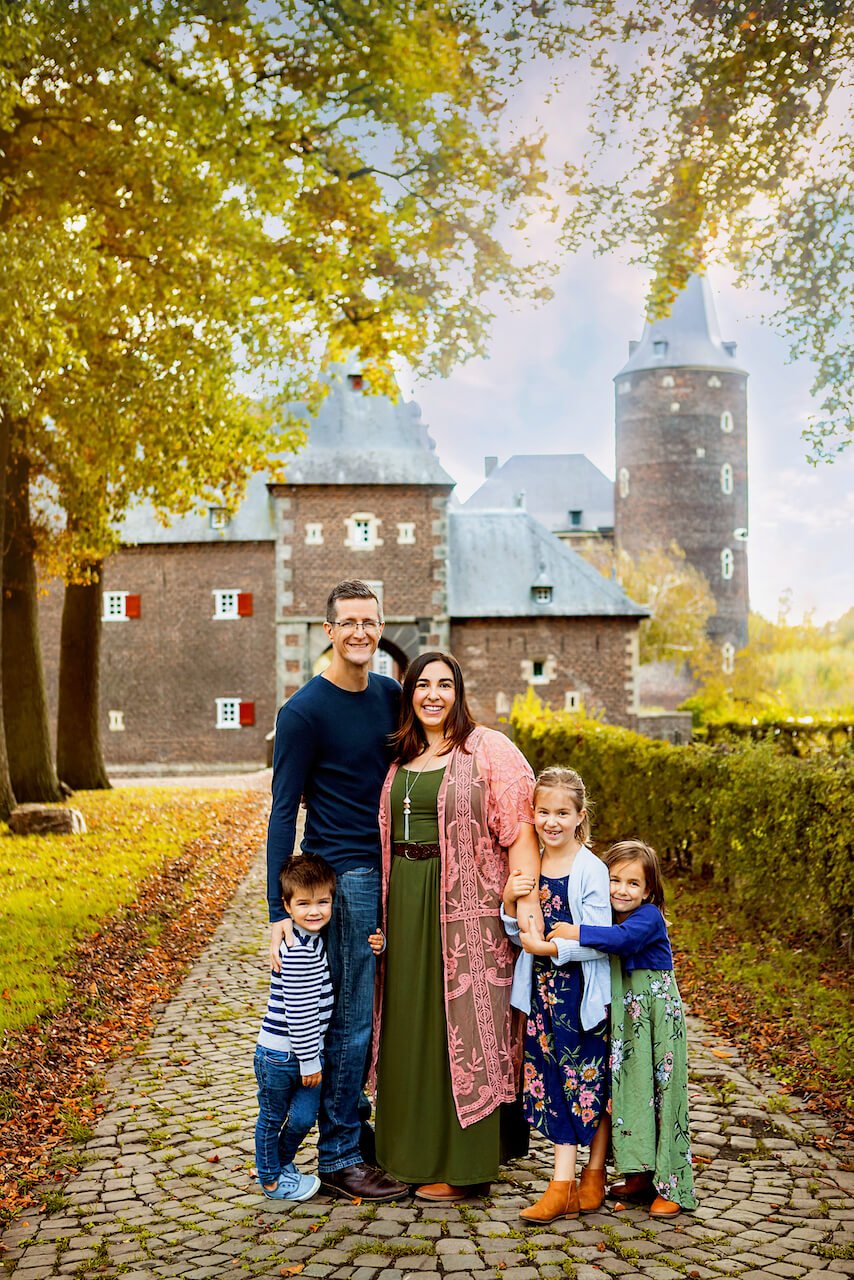 After nearly two years in Germany, Air Force spouse Jessica Lynn could list plenty of reasons to stay close to home. Yet, she remains determined to explore new places — while encouraging other OCONUS families to safely do the same.

“It can be so scary moving to a new place,” she said, “but rip off the Band-Aid of your comfort zone and see what you can see.”

Stationed in Geilenkirchen, Germany, since June 2020, Jessica Lynn is always on the lookout for the next adventure with her husband, a lieutenant colonel in the Air Force, and three kids (ages 5, 7 and 9). Due to the current hassles of air travel, most of their getaways have been road trips to nearby Austria, the Netherlands and quaint German villages.

Highlights so far include Wernigerode, Germany, where their family visited Rapunzel’s tower, and Normandy, France, where they spent four days exploring the infamous landing site of American troops during WWII.

For Jessica Lynn, writing about travel is nothing new. In college, she started her first blog while studying abroad in England.

“It was just a way to keep in touch with friends and family,” she said.

The blog’s focus shifted once she started dating her then-boyfriend, now-husband, Kenny, who was already in the Air Force. Knowing very little about the military, Jessica Lynn started writing about their long-distance relationship from a fresh perspective. These journal-style entries drew in readers from outside her personal network.

“I started gaining followers, which was such a new concept back then when you would write just to write,” she said.

A few years later, she left a beloved job at a magazine in New Mexico to get married and move to Georgia

— the first of six duty stations with Kenny, including Italy and Germany.

Today Jessica Lynn shares posts about family friendly destinations, captivating reels from their adventures and PCS tips for military families with thousands of followers across Pinterest and Instagram.

“I really enjoy connecting through my words and helping other military spouses and girlfriends,” she said. “I’ve moved to new bases already knowing people there because they’ve read my posts. It’s rewarding to hear that something I’ve written has helped someone or made an impact.”

When Jessica Lynn isn’t blogging or traveling, you can find her cooking or researching the next destination on her family’s trip list, which for 2022 includes Paris, the Northern Lights, Canary Islands, Spain, Portugal and a Baltic cruise. She hopes to visit 10 new countries this year and plans to blog highlights and photos of each adventure — along with hard-earned tips for taking kids along.