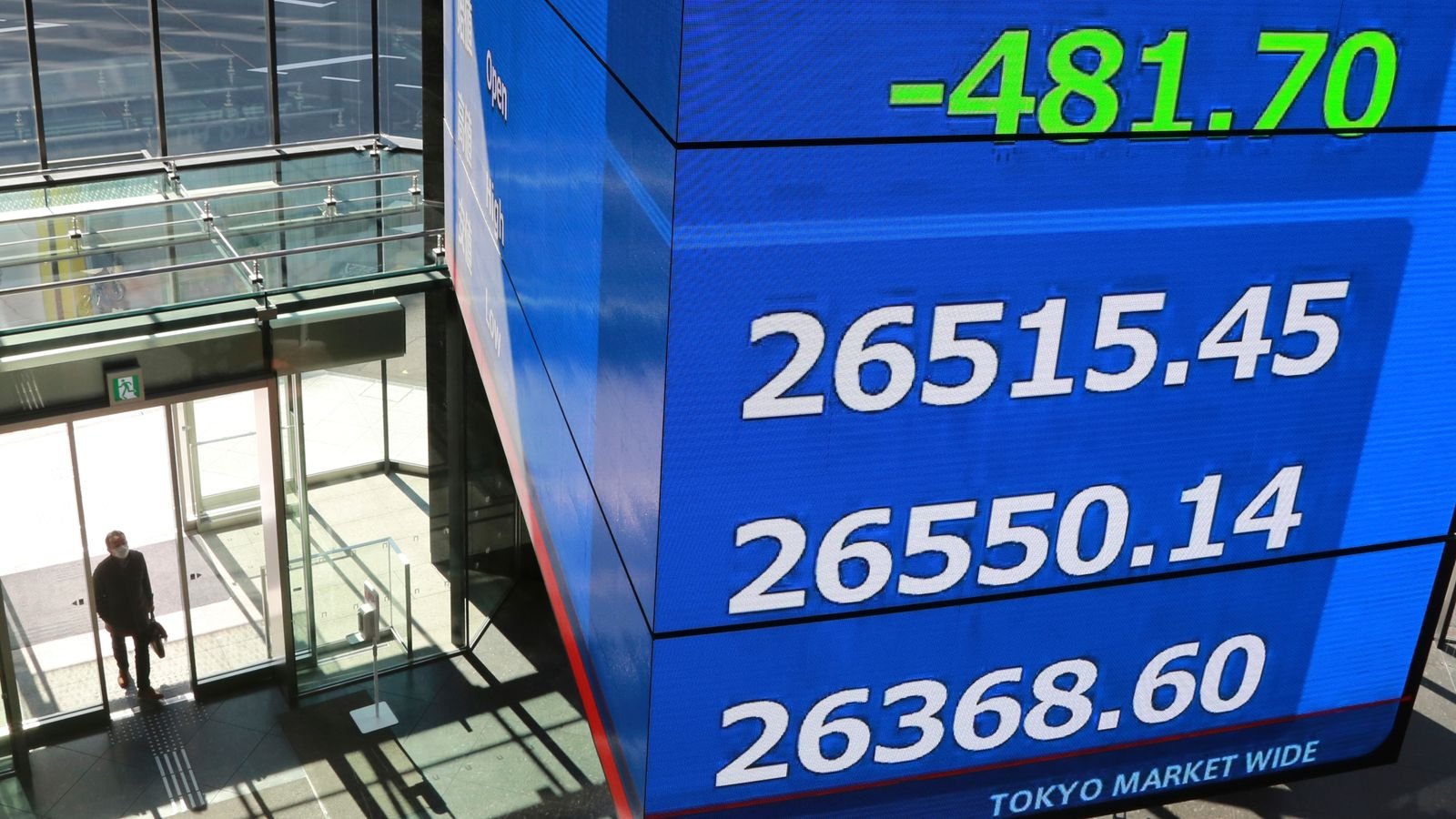 Stock markets are plunging and Brent crude oil costs are nearing $100 a barrel as the crisis over Ukraine deteriorates.

Brent, the international benchmark, was trading above $97 – its highest level since 2014 – and market experts said there would be an inevitable spike to above $100 in the event of a full invasion of Ukraine by Russia.

Jitters grew after columns of military vehicles, including tanks and armoured personnel carriers, were seen on the outskirts of Donetsk, the capital of one of two breakaway regions of eastern Ukraine that Russia said it had now recognised as republics.

Read live updates – UK ambassador to the UN: ‘Russia has brought us to the brink, we urge Russia to step back’

US and European sanctions are now expected to follow president Putin’s declaration. He may choose to respond by disrupting supplies of Russian oil and gas to Europe, threatening to add to an energy-led inflation spike.

Market commentators said the coming hours would determine the direction for energy costs.

They warned that any move towards sanctions and, worse, military conflict would tip oil and gas prices up sharply because of Russia’s hold over European supplies.

The continent currently relies on Russia for more than 40% of its natural gas – with costs already reeling from weak stocks that have pushed UK energy bills to record levels, with the promise of worse to come in April and beyond already.

Stock markets in Asia were the first to react to the uncertainty created by Russia’s strategic move on Ukraine.

The Hang Seng in Hong Kong was down by almost 3% while Japan’s Nikkei shed 2%.

In London, the FTSE 100 opened 1.5% down led by banking and travel-related stocks. The DAX in Frankfurt was 2.5% off in early trading.

US futures showed the S&P 500 on course to open 2.4% lower as the implications of the Russian action evolved.

The tech-focused Nasdaq was seen opening almost 4% off.

Please use Chrome browser for a more accessible video player 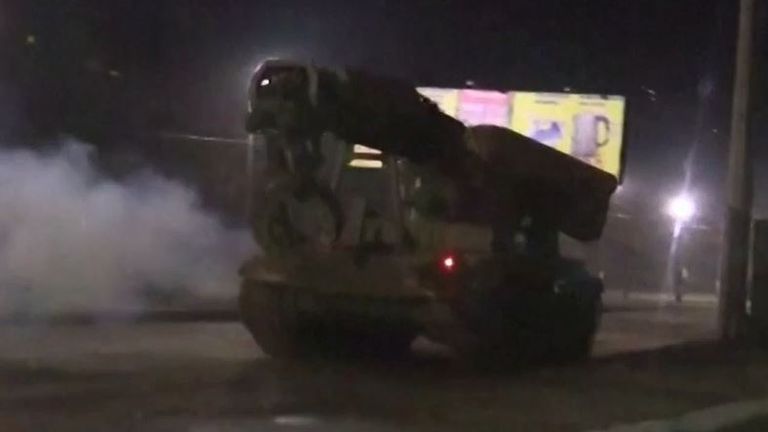 Russia’s rouble-linked stock market, the MOEX, was 7% down – building on sharp losses witnessed on Monday.

Ipek Ozkardeskaya, senior analyst at Swissquote, wrote: “The latest turn of events narrows the chances of a Russian pullback, and the window for diplomacy is almost shut.

“The US ordered new sanctions on Russia and the new Russian-backed republics; Europeans pledged to respond as well. This is the worst escalation since the Cold War.”

She added: “The risk off mode will likely stay on for the coming hours, but at this point it’s hard to predict what’s next.

“Any positive news could reverse the bearish action and lead to sudden jumps in risk asset prices, yet a further escalation of tensions, which now became the base case scenario, should further enhance gains in energy, safe haven assets and gold.”